A bit of history! Summer 1492, several Spanish ships were sailing in search of the route to the Indies by the West. When they dropped anchor 3 months later, the sailors realized they were in the Caribbeans. This was the moment when Europe discovered a new world: America! The conquest of this new world continued with the Conquistadors and the annexing of large territories of Latin America to the Spanish empire.

The monetary reform in Spain and Europe

Around 1490, European countries agreed on the establishment of a silver coin characterized by its high purity. Monetary reform began in Spain and led to the introduction of a new coin of the 8 reals type in 1497.

Around 1537, a new coin was minted, the Spanish gold Escudo, whose value was 16 times that of the reals. The discovery of vast silver and gold deposits in the New World, specifically in Mexico, Peru and Bolivia, facilitated the production of new silver coins.

The first minted coins were characterized by an irregular shape since the stamping machines had not yet been manufactured. The New World represented at that time a gold mine for the Spanish monarchy. Indeed, the first ships that transported gold and silver could not reach the Spanish coasts because of the heavy cargo. This free money enriched many families in Spain, causing inflation and the decline of the Spanish Empire in the following 300 years. 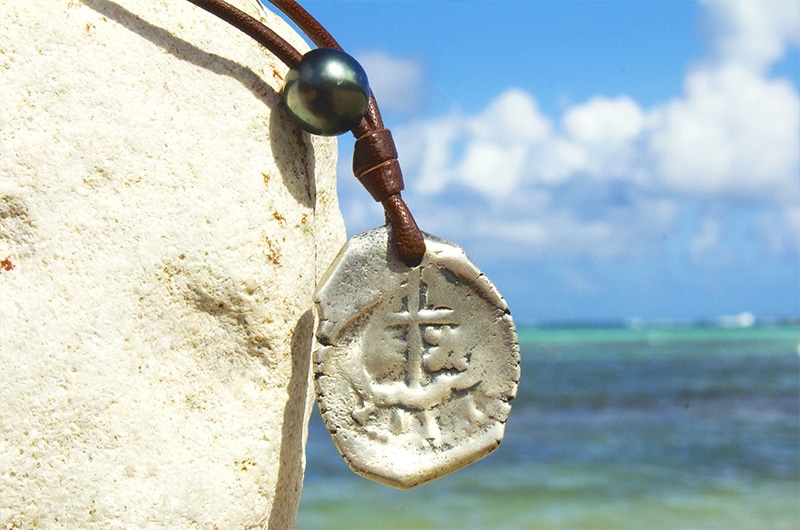 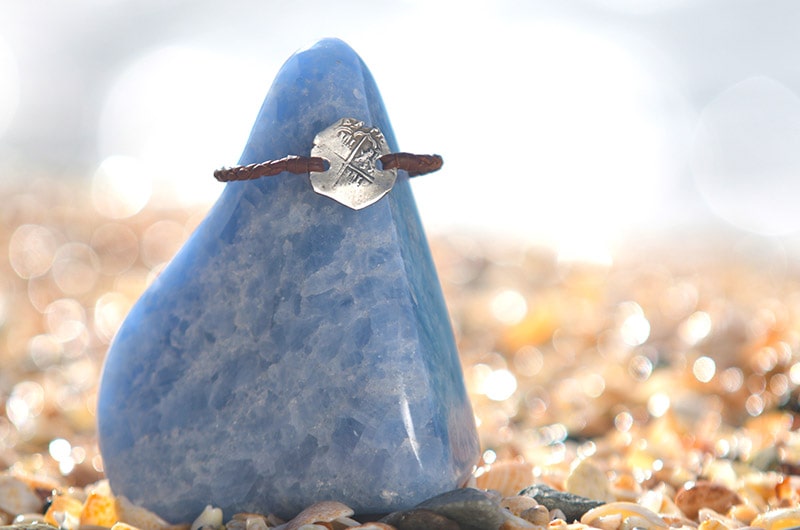 The currency of the Conquistadors

Silver and gold coins were minted during the 14th century by Peter IV of Aragon. As soon as the New World was discovered, the currency was adopted throughout the Spanish territories, contributing to the height of the colonial and commercial empire.

It is also during this period (from 1520 to 1720) that the pirates’ activity intensified. It was the great era of piracy in the Caribbean! Spanish silver cargoes attracted and seduced pirates. The trips were targeted by the pirates who followed and attacked the ships to get the money transported. This is why the coins minted by the Spanish Empire in Mexico and Bolivia are known as the “Pirate Coin”!

To defeat the pirates, the Spanish adopted the convoy system: the flota. Numerous transport ships and warships joined together to carry money across the Atlantic, while avoiding pirate attacks. The purpose of each trip was to transport one year’s worth of silver and coins to Spain! The different coins of the conquistadores were minted in the main mints in Mexico.

In the course of time, the 8 reals coin, which had an irregular shape before the machines were made, was minted in different types. Thus, we find the Mexican coin of 1536, the Peruvian coin, before 1598, the coin known as “macuquino” from 1578 to 1732, the coin of the type “Perulero”, the “Colonial Piastre” from 1732 to 1771 and the “Busto” Piastre from 1771 until the end of the Spanish domination over America. 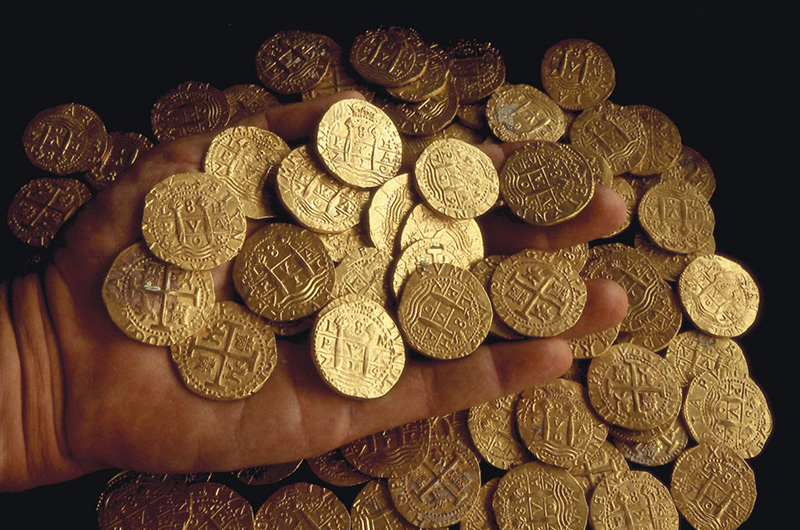 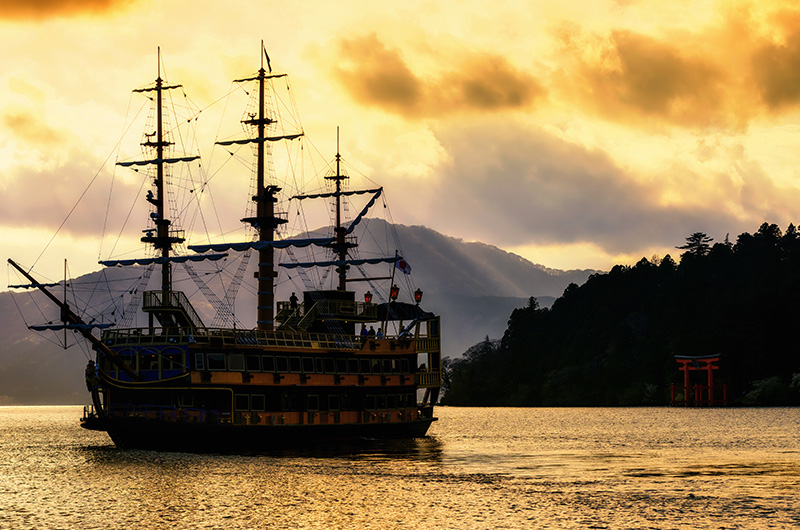 This coin features “Carlos and Johanna” on the front and the columns of Hercules on the back with a banner bearing the motto of Charles Quint: “plus ultra”.

The Peruvian coin, before 1598

It is the coin of Philip II, King of Spain, Naples and Sicily. One can notice on this coin minted before 1598: on the obverse, the complex shield of Spain; on the reverse, castles and lions separated by a simple cross.

The coin of the type known as “macuquino”

This is the coin of Philip III from 1578 to 1732, King of Naples, Spain, Sicily and Portugal. This coin is minted in Mexico. On the obverse: Crowned shield of Spain, on the reverse: cross with fleurons, castles and lions. It is one of the coins characterized by an irregular shape.

On this silver coin can be seen the Cross of Jerusalem, castles and lions on the obverse and on the reverse of the fleurons and columns of Hercules. It is also a coin of irregular shape, hence its name “old column”.

Minted between 1732 and 1771, the ” Piastre colonnaire ” is one of the first coins minted with a regular and well defined shape, hence its name ” piastre forte “. Different patterns can be seen on this coin: Spanish shield in baroque form and columns of Hercules with two globes.

It is the symbol of the Spanish Empire from 1771 until the fall of the monarchy. On the reverse: Royal effigy, laureate in India, with wig in Spain. Shield between the columns of Hercules, on the obverse. 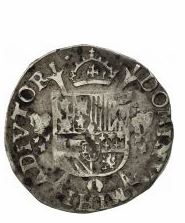 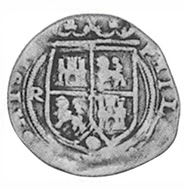 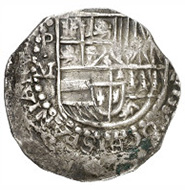 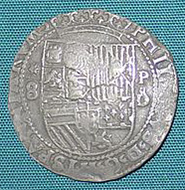 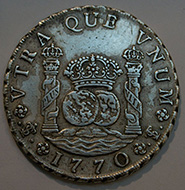 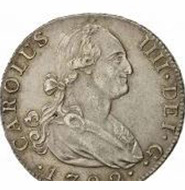 Original jewelry with currency of the Conquistadors?

Combining unique design, original conception and high quality, the jewelry we make with Conquistador coins is the best accessory that will not only enhance your outfit but also your lifestyle and travel back in time! 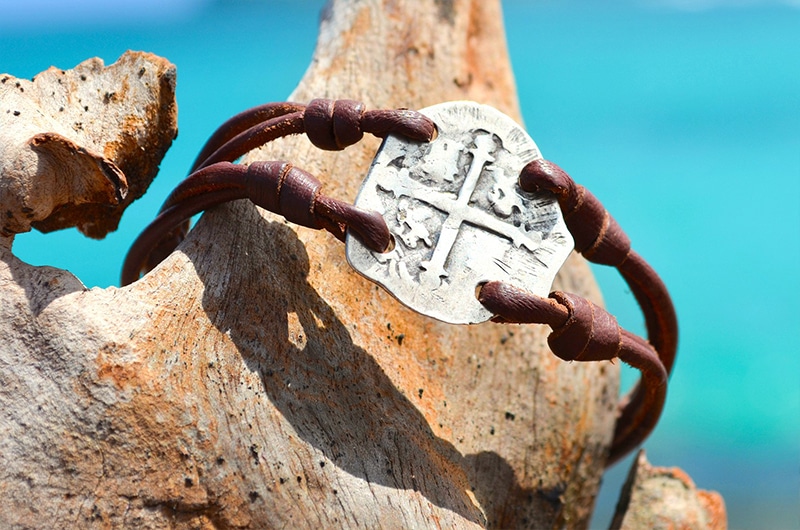 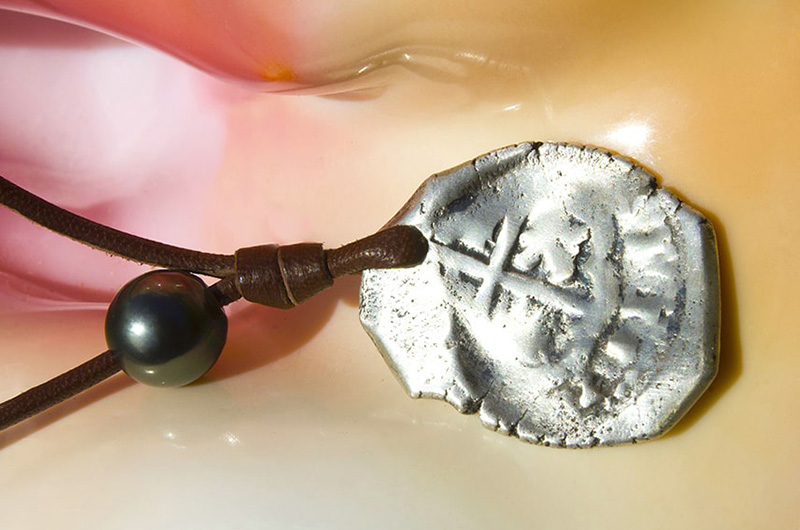